If you’ve seen the movie Titanic starring Kate Winslet and Leonardo DiCaprio, then you’ve watched the star-crossed lovers’ untimely end and the tragic sinking of the Royal Mail Ship (RMS) Titanic. What the movie didn’t show is that radio played a role in the ship’s communication efforts — though it lacked standards that could have saved many more lives.

The tragedy of the Titanic raised awareness that improvements to wireless communication were needed and led to new regulations and legislation by Congress to improve wireless technology, radio equipment and standards for maritime navigation. Leading the charge to make this happen was the National Institute of Standards and Technology (NIST).

The RMS Titanic was a luxury passenger liner making its first trans-Atlantic voyage from Southampton, England, to New York City. The ship was an impressive 269 meters long, just a little shorter than the 300-meter height of the Eiffel tower (minus the tip). In the late evening hours of April 14, 1912, the Titanic struck an iceberg about 640 kilometers (400 miles) off the coast of Newfoundland. By 2:20 am on April 15, the ship had sunk, and only about 710 people survived. More than 1,500 people, including passengers and crew, were lost.

At that time, the use of wireless systems, such as wireless telegraphs, on ships was relatively new. Passengers and crew could use these telegraphs to send messages back to land, and they played a role in ship operations like communicating between different areas of the ship. The technology relied on radio frequencies to transmit telegraph signals as coded messages without relying on telegraph lines.
The wireless telegraph on the Titanic was owned and operated by the Marconi Company and was considered one of the best systems in the world, with a range of up to 1,600 kilometers (1,000 miles). However, the system’s electronics created so much “noise” that it disrupted the wireless systems of other ships in the area.

Throughout the day of April 14, four ships — all within 60 miles (96.6 kilometers) of the Titanic — had warned of icebergs in the area. The closest ship, the Californian, was 10 miles (16 kilometers) away when the Titanic’s wireless telegraphers sent out the SOS signal for help. Unfortunately, the Californian’s telegrapher had been rebuffed by the Titanic’s telegrapher earlier in the day for interfering with the Titanic’s private messages sent ashore and therefore had shut down for the night. The Carpathia, which was 58 miles away, responded to the signal for help but didn’t arrive until an hour after the Titanic had sunk.

The sinking of the Titanic also highlighted the lack of trained telegraphers. Since the wireless technology was relatively new, many of the ships’ wireless telegraphers were inexperienced. They had a hard time catching signals sent to them, had difficulty relaying messages and were frequently sending repeats of their messages so they made sense on shore.

This disaster would spur government officials, researchers and lawmakers to address the shortcomings in wireless technology.

A few months after the Titanic sunk, the second International Radiotelegraph Conference was held in London to immediately address the technical aspects of radio. Two wavelengths were used at the time, and leaders of the conference agreed the 600-meter wavelength would be used for ships at sea. They also implemented rulings to reduce interference from spark transmitters, a popular type of radio transmitter on ships, which used electric sparks to generate brief pulses of radio waves.

Wireless telegraphers turned the transmitter on and off with each pulse to send messages in Morse code. The pulsed or damped radio waves diminish in strength as they travel, and the rate at which they decay is expressed in a quantity known as the decrement. The damped radio waves also have a wide bandwidth with continuous frequencies that diminish exponentially over time. When the measurement of decrement is high, the radio signal becomes broader, signals increasing the chance for interference from other with similar frequencies.

The new ruling set limits with a lower measurement of decrement from spark transmitters, allowing telegraphers to fine-tune or sharpen their receivers to catch the radio signal because it was on a narrower frequency band. The exception to the ruling was for SOS signals, so multiple parties could intercept them.

The rulings from the conference were implemented by Congress on July 23, 1912, through amendments to the 1910 Radio Ship Act. This resulted in the 1912 Radio Ship Act, which required an additional auxiliary power supply on ocean liners, and trained wireless telegraphers with at least two in charge of radio equipment.

Congress also passed the 1912 Radio Act, which required licensing of commercial and amateur radio stations, minimizing interference communication between stations, addressing types of wavelengths used and prohibiting interference in radio communication, to name a few. Congress delegated the task of investigating how to implement these measures to NIST, known at the time as the National Bureau of Standards.

At the aforementioned International Radiotelegraph Conference was the recently hired NIST research engineer Frederick A. Kolster. His first assignment was to attend the conference as an observer and technical adviser to a NIST official, Louis Winslow Austin, who was one of 12 US delegates. Austin directed the Naval Radio Telegraphic Laboratory, housed and operated at NIST in Washington, DC, but owned by the US Navy; it later became one of the founding units of the Naval Research Laboratory.

Kolster also assisted Professor Arthur Gordon Webster of Clark University, who had a paper published at the conference about regulations on using radio communications as a safety aid in navigation. Early drafts of the paper were reviewed by NIST for technical accuracy.

At NIST, Kolster was tasked with designing a device to help ensure radio communications would not suffer interference from other electrical devices on ships. His device, called a decremeter, measured the radio signal’s rate of decay, and could be used by inspectors to determine that a ship was complying with the new regulation. The regulation led to the use of damped radio waves with a narrower frequency range that was less likely to cause interference with another ship’s communications.

Kolster developed the original device between 1912 and 1914 and then designed a portable version that fit inside a suitcase-like structure, making it easier to move around. Once completed, the decremeter was accepted by the US Department of Defense and the Bureau of Navigation, whose functions would later be absorbed by the US Customs Service and the Coast Guard.

During this time, Kolster also developed other instruments to aid in regulating maritime navigations and communications. The Bureau of Navigation needed a radio beacon system to help ships navigate in inclement weather, such as heavy fog or rainy conditions. Kolster designed an improved radio compass — the forerunner to modern aviation landing systems — that let a ship establish its current position by accurately figuring out the direction of signals coming from stations on land.

The technology was ready for deployment by 1915. However, the Bureau of Lighthouses, later absorbed into the US Coast Guard, was reluctant to install the beacons until ships were equipped with the radio compasses. Most ship captains were hesitant to introduce more equipment out of fear that it would further clutter up their ships. It wasn’t until around 1919 that an agreement was reached between the lighthouse managers and the ship captains, and the radio compass was officially approved by the US Department of Defense and implemented.

Kolster wasn’t the only NIST researcher working on maritime navigation. NIST researchers CW Waidner and Hobart Cutler Dickinson boarded Navy patrol boats in the summer of 1912 to investigate possible methods of detecting how close or far away icebergs were. One possible method seemed to focus on analyzing temperature variations of the seawater, but their research proved inconclusive. Later in the 1930s, a team of NIST researchers (Frank Wenner, Edward H. Smith and Floyd M. Soule) developed a salinity meter for the International Ice Patrol to help it locate icebergs.

The sinking of the Titanic triggered immediate actions to prevent further tragedies at sea. Though it’s not likely that a movie will be made about the safety regulations and laws that followed, NIST played a prominent role in developing the necessary standards and technology to support them. 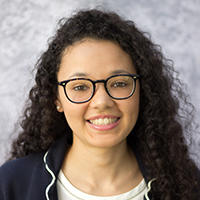 Alex Boss is a general assignment writer in the NIST Public Affairs Office and covers standard reference materials (SRM). She has a BS in biology from Rhodes College and an MA in health and medical journalism from the University of Georgia. Her favorite pastimes include playing in DC’s recreational soccer leagues and drinking chai lattes.

No comments to show.